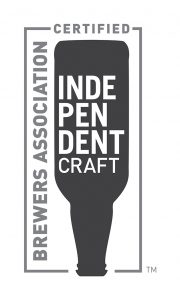 How can you tell if a beer is made by a U.S. craft brewer? Seek the independent craft brewer seal.

The logo is designed as an upside-down beer bottle, which symbolizes how the U.S. craft beer movement has turned beer on its head worldwide.